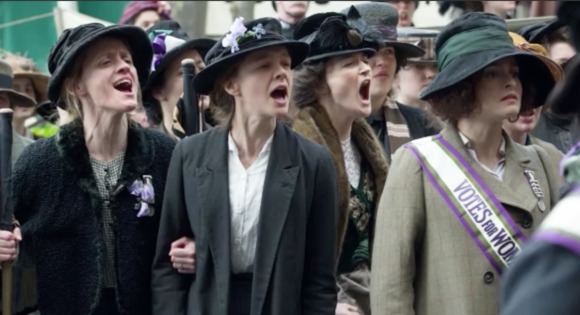 Venice. Telluride. Toronto. Film festival season is in full effect with Oscar buzz already reverberating across the air waves and the internet. Every year at this time, movie makers all across the globe reveal new big screen narratives that reflect on, shape and shift culture. This year is no different. As fate would have it, there are multiple films premiering this month that have strong social messages rooted at their very core (and they’re not all documentaries). The activist in me is bias, of course. I’m hoping each of these films bring home the gold for that mere fact alone.

Here’s The Toolbox’s first roundup of socially relevant films catching award season buzz. We’ll follow up with another batch mid-September when more post festival chatter is unleashed. To enhance the call for action of the films below, I threw in some tools that correspond with the subject matter.

He Named Me Malala

We know her as the girl who risked her life to speak out in favor of education for all women and the youngest winner of the Nobel Peace Prize. The documentary “He Named Me Malala,” directed by David Guggenheim(An Inconvenient Truth), chronicles the journey of the 15-year-old Pakistani activist who was shot by the Taliban for following her educational mission. For everyone who has been touched by Malala’s work and for those who don’t yet know her story, this film is sure to be a moving experience, as it puts a lens on the pressing need for social justice and what the bravery of one young person can accomplish. Distributed by Fox Searchlight, the film premiered at the Telluride Film Festival on September 4, and is set to be released in the US on October 2.

Beasts Of No Nation

Cary Fukunaga's “Beasts of No Nation” is an adaptation of Uzodinma Iweala's 2005 novel, which follows the story of a boy forced to become a soldier during an African civil war. Idris Elba stars as a domineering warlord who trains his young recruits, and newcomer Abraham Attah plays the captured boy. The Economist recently hailed the film as “the most controversial film in competition” at the Venice Film Festival, due to it being the first movie to be distributed by Netflix. But I’m hoping the storyline makes jaws drop and brings global attention and action to the kidnapping and dehumanization of the tens of thousands of children used to participate in armed conflict in almost every region of the world.

Directed by Sarah Gavron, “Suffragette” illuminates the underground action of members of the early British feminist movement in the late 19th and early 20th century. Starring Carey Mulligan, Helena Bonham Carter and Anne-Marie Duff, the film unearths the stories of the working women who went to extreme and dangerous lengths to fight for equal rights. While Meryl Streep is only on screen for a four minute speech, the actress is harnessing the message of “Suffragette” to stress the importance of passing an Equal Rights Amendment today. During the Telluride Film Festival, she shared that she has written to every member of Congress about tackling inequality and has received very few replies. That might be enough cause to start another movement. “Suffragette” opens in the US on October 23.

Where To Invade Next

Michael Moore never fails to provoke thought with an entertaining twist about the state of America during award season, and it’s doubtful he’ll start now. Set to premiere at the Toronto Film Festival, his latest documentary “Where to Invade Next” covers the topic of infinite war and how it’s used to fuel the American military industry. Moore was able to keep the filming process a secret and hasn’t revealed much about the piece to the press yet. During a Periscope interview he did announcing the project's TIFF premiere, he said, “[The film has] a small crew because we have to be able to move at a moment’s notice, usually someone chasing us.” “Where to Invade Next” is expected to be released on Thanksgiving.

On January 7, 2015, the world watched in terror when the Paris office of the French satirical newspaper Charlie Hebdo was attacked by two gunmen. In solidarity, people across the globe wrote Je Suis Charlie to honor the publication and the eight staff members it lost. Now, the documentary of the same name is paying homage to them and to freedom of the press, featuring interviews of the surviving members of the editorial team. Directed by the father and son team of Daniel and Emmanuel Leconte, “Je Suis Charlie” is premiering at the Toronto Film Festival.

What socially conscious films are you looking forward to seeing this year?