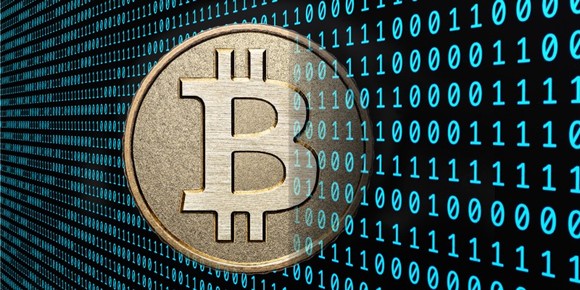 Some say blockchain technology is going to become as significant in modern society as the internet. Others are calling the open ledger system, which is used to keep track of bitcoin transactions, “the future for financial services infrastructure.”

I'm a bit obsessed with the blockchain, based purely on how it can be used beyond the bitcoin. Developers are finding ways for contracts to be enforced and secured via the blockchain. They're also looking into how the technology can be used to issue and trade shares. And this can all be done without third party involvement.

On Tuesday, Re/code reported that nine of the world’s largest banks are working together to create a framework for using the blockchain in the markets. While it may sound like something only finance geeks and ultra tech nerds can grasp, the blockchain has the potential to dare I say, change the world. And, I don’t mean in the “Silicon Valley” series TechCrunch Disrupt parody kind of way.

Because it allows for secure, direct transfers of digital value minus an intermediary (meaning no governments and no banks), blockchain technology can provide access to capital to anyone, regardless of gender, race or country. Catheryne Nicholson, CEO of the blockchain application platform BlockCypher, says the blockchain will be crucial in alleviating the socio-economic gap across the globe.

“I believe that many of the world's problems centering around education and poverty in developing countries could be solved with women in control of capital,” says Nicholson. “However, the current financial system doesn't provide access for almost three quarters of the world's population, most of whom are dirt poor and largely women. For the first time in history, blockchain technology can provide that access to anyone regardless of where they’re from. That’s why it's so important for blockchain to thrive in developing countries.”

Until then, a group of blockchain innovators has designed a means to help those who don’t have access.

BitNation, a blockchain-based Governance 2.0 initiative, is using the blockchain to help refugees in Europe. The organization’s new series of Refugee Emergency Response services allow refugees to create a digital identity, which can be used to cryptographically prove their existence and who their families are.

BitNation has also made available a Bitcoin Visa debit card that can be charged using a smartphone and without a bank account. Considering most refugees are unbanked, this is a valuable tool. A third part of the project allows people to provide mapping for refugees of safe zones, dangerous zones, places to sleep, and health and support services. By donating 12€, supporters of this initiative can provide one refugee a BitNation Bitcoin Visa Debit Card, which can be used to make regular transactions.

According to the UN High Commissioner for Refugees, the number of Syrian refugees fleeing to Europe could reach 400,000. The UK has pledged to take up to 20,000 refugees within the next five years. Meanwhile, President Obama has directed his team to take in at least 10,000 more displaced Syrians. At the very least, the Western world can help diminish the hardships of displaced people by helping them regain their identities and partake in financial inclusion.

Funding Schools With The Currency Of The Future

Supporting refugees is just one of many ways the blockchain can potentially be used to aid people in transit and in unlikely places. According to the online education newsroom, The Seventy Four, a private school in Lakeville CT called Indian Mountain is the nation’s first elementary and middle school to accept bitcoin for its fundraising efforts, which are providing new science lab equipment and supporting teachers’ salaries.

“For schools, being on the forefront of technology is important because the world is changing,” said Charles Allen, an Indian Mountain School alumnus who is now CEO of BTCS, the country’s first public company focused on blockchain and bitcoin technologies. He added that bitcoin is currently like the Internet in 1995. “Everybody talks about it but not everybody uses it.”

Because the blockchain cannot be erased or “easily hacked,” it’s poised to disrupt a number of industries beyond bitcoins and finance.

Now, if we could only grant the entire world digital connectivity…

For a quick nontechnical tutorial on the blockchain, check out this video, “Blockchain for Dummies.”