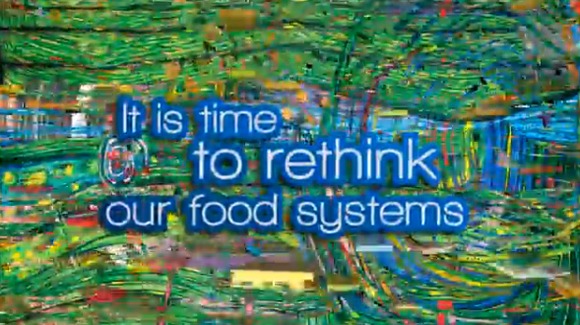 According to the World Food Programme, 842 million people in the world do not have enough food to eat. This isn't merely a cause that deserves awareness raised around it, this statistic is an international emergency that warrants a continuous global initiative to dissolve it.

On this day, October 16, World Food Day is transpiring as part of the movement to end hunger through taking action in local communities and around the world. And, there's no shortage of user-generated content, brands, and campaigns coming to the fore to rally around  this year's World Food Day theme, "Sustainable Food Systems for Food Security and Nutrition."

To help alleviate the hunger crisis, fashion icon Michael Kors has launched a new project under his Watch Hunger Stop initiative. In addition to asking shoppers to donate to the WFP after making purchases at Michael Kors stores, Michael has created a series of Watch Hunger Stop T-shirts being donned by A-list celebrities and recipients Michael Kors retail locations in New York, Berlin, Rio de Janeiro, Tokyo and Hong Kong. The fans are having their face livestreamed in Time Square, as well as the Michael Kors microsite.

Google is amplifying the #WatchHungerStop campaign by featuring it on the One Today app. In honor of World Food day, the search engine giant is donating $1 for every donation made to the campaign.

As part of its program to provide nutritional school feeding around the world, Unilever has committed  to donating one million school meals to the World Food Programme via social media. For every ’like‘ received on the new School Meal Facebook app, the Unilever Foundation will contribute one school meal to WFP.

To learn more about how to combat world hunger, check out the Food and Agriculture Organization.