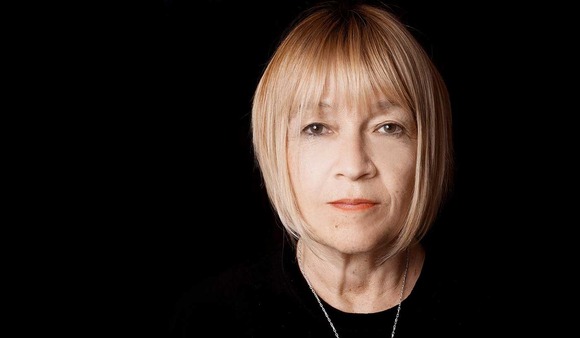 To every woman out there who says they want to be hired for merit, not because they’re a woman, Cindy Gallop has one piece of advice for you: “get over it.”

“All around you are mediocre men who got hired because they were men,” said Gallop, the outspoken founder of IfWeRanTheWorld, a real-world experiment in tapping good intentions and MakeLoveNotPorn (MLNP), a user-generated digital marketplace trying to "normalize" real sex.

She adds: “Get hired because you’re a woman and then demonstrate how much you deserve that job or that promotion.”

On Tuesday, Gallop will give the closing keynote address at The 3% Conference, named as such by creator, Kat Gordon, because until the conference came along in 2012, three percent of advertising’s creative directors were women. Since then, that percentage has increased from three percent to 11 percent. While the conference focuses on female creative directors in advertising, Gallop says the parallel between all industries is palpable.

The narrative around gender equality isn’t happening fast enough, explained Gallop, because “at the top of every industry in every company is a close loop of white guys talking to other white guys about other white guys and that’s the problem.”

Additionally, sexism sneaks up in subtle, unconscious ways for both men and women. Most don’t even realize that it’s happening until it’s in their way, passing them over for promotions and not paying them fairly. When Gallop spoke in London for The 3% Conference this past June, she compared the moment her British female audience grasped the truth about gender imbalance to the revelation scene in The Matrix when Keanu Reeves wakes up in the pod and realizes he’s been living in an artificial world.

Despite the uphill battle we still have to fight, Gallop advises both women and men to take action to see the change they want.

The micro-actions women can take to create a more gender equal workplace:

1. Call it out. If nobody talks about it, then nobody knows it exists because bias is unconscious. If the conference you’re attending has an all-male lineup, call it out. Highlighting injustice doesn’t have to be angry or obnoxious; it can be a simple reminder for others that they’re acting on their unconscious bias again.

2. Promote yourself. Women need to get a lot more comfortable putting themselves forward.

The microactions men can take to create a more gender equal workplace:

Luckily, young men don’t subscribe to the traditional gender stereotypes that their fathers did, according to Gallop, which means there is hope if we can direct proactive, tangible actions to take place.

“Old white guys fundamentally believe, even if they never say it, that they have nothing to learn from women,” said Gallop. “They don’t want to listen to women. And by the way, they push these attitudes down to the next generation.”

How can young men step up? They need to get rid of “bystander syndrome,” which means they need to speak up and intervene when they see young women not being treated fairly, said Gallop.

“They need to stand up to the senior men above them, which is, by the way, not easy but they need to do that,” she said.

The Takeaway: The bottom line is that if young men and women want change, they need to take micro-actions every day to make that change a reality. Because “change happens from the bottom up, not the top down,” said Gallop.

If you’re really trying to the drive the point home, then tell stories, which is what Gallop does to encourage change.

“I tell a lot of stories because data is rational ... stories are emotional and rationality is getting us nowhere,” explained Gallop. “You can tell old, white guys at top of corporations that having women on board improves business performance until you’re blue in the face. Nothing’s changing. So, I find ways to get to my audience emotional and that’s the only way to get them to change.”