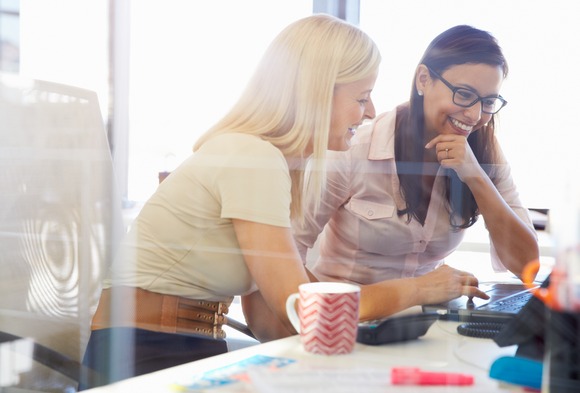 The conversation about women in the workplace is getting personal. And maybe that’s a good thing.

This past summer, an ex-employee called out Amazon for its inhospitable policies toward women and parents. In September, a female employee sued Microsoft for gender discrimination. It wasn’t the only high-profile company to come under fire: both Twitter and Facebook are defendants in similar suits filed this year.

At the same time, several companies (mainly in the technology sector) have upped their game in the race to acquire top—and specifically, female—talent, engaging in fierce competition. Consequently, there has been an increase in female-focused perks: Apple and Facebook are helping women freeze their eggs, while IBM and Twitter now express-ship breastmilk home to babies while their parents are away on business. There has been a slew of revamped policies on parental leave: with Vodaphone, Johnson & Johnson, Goldman Sachs, Blackstone, Change.org, Netflix, Microsoft, Adobe, and the U.S. Navy all enacting more progressive codes.

So, what’s fueling this fire?

When we look at all these revolutionary changes, we may conclude that companies are simply acting in their own best interest, now that the business case for diversity has been made. Last year, Scientific American reported on a study finding that, on average, “female representation in top management leads to an increase of $42 million in firm value.” That’s a hard number to ignore! Or it might be that women (at least, those in a position to do so) are heeding the warnings of others when choosing where to work, selecting companies that support their particular needs, and building a new direction for office culture. Companies may be reacting to a real and growing dissatisfaction among their female employees.

No matter what the reason, this momentum toward significant change is certainly a welcome one. But the motivation behind the policy revisions may actually matter—a lot—as to whether they represent the actual change that is needed.

It forces us to ask, where’s the disconnect between what working women want, and what companies have on offer?

Perks are half the story 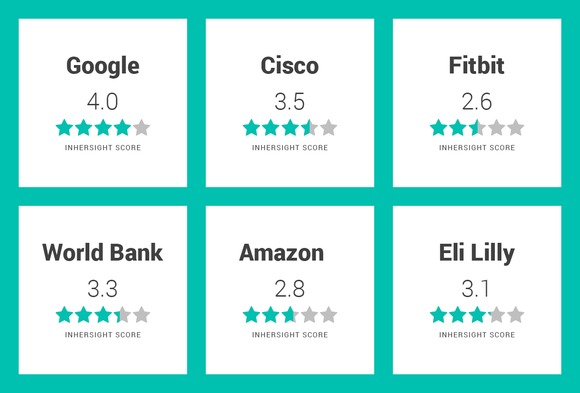 A Business Insider article recently pointed out that various perks—such as the $2,000 stipend to buy maternity clothes offered by Domo—may not actually help women and parents. Instead, it functions as “a consolation prize” for the genuine need. (In Domo’s case, as in many cases, that genuine need is guaranteed paid parental leave for U.S. workers.)

Even more important is the potential difference between a company’s policies—e.g., 12 weeks of paid maternity leave—and company realities—e.g., very few employees willing to take that full leave, as corporate culture pressures them to return early. Without including both, you don’t get a full picture of a workplace environment.

That’s precisely what motivated Ursula Mead to found InHerSight, a platform for every woman to rate employers’ female-friendly (or not) policies on both the “hard” facts and the “soft” realities. The site solicits feedback via a three-minute, anonymous survey. In other words, you don’t have to be a top executive at a household-name company to speak up about workplace gender discrimination, poor parental support, inflexible work schedules, or the nature of opportunities available for growth and leadership. Conversely, it highlights which companies are outstanding in these areas, as judged by their own employees.

By providing this invaluable feedback, women (and men, too) are creating a rich database that helps fellow site users make informed job choices that support their unique career and lifestyle needs.

Company policies tell only half the story. The other half comes from the people who know the companies best—the women who work there and are affected by those policies, Mead emphasizes.

“In the quest for greater equality for women in the workplace, the ‘hows’ and ‘whys’ of policy implementation are often more important than the policy itself. Numbers that look great on paper aren’t always great in reality, and benefits that may appear middle-of-the-road could be fantastic,” she explains.

She offers the example of Cisco, which offers six weeks of paid maternity leave to employees. That’s far fewer than many of their tech-sector peers, yet it has a satisfaction score of 3.5 out of 5 for the “Maternity and Adoptive Leave” metric on InHerSight. IBM, on the other hand, offers 14 weeks paid and receives a score of just 3.3 from the women who work there. Amazon, which falls somewhere in between at eight paid weeks, has a score of just 2.3*. Factors for the discrepancy may include how welcome parents feel towards taking the full time, or how difficult it is to settle back into the workplace after taking leave.

Data also shows you can’t judge a company by its leader. Organizations run by women aren’t necessarily doing a better job of encouraging female leadership. Yahoo provides a prime example. Despite Marissa Mayer’s role as CEO, Female Representation in Top Leadership is one of the company’s lowest-rated metrics on InHerSight.

User comments on the site reflect this potential disconnect. One Yahoo reviewer states, “Although we have a woman CEO, I have seen a lot of women executives leave as they weren’t promoted and didn’t get the support they needed.” This may connect to the fact that its other low-ranking stat is Telecommuting and Sponsorship/Mentorship.

Positive change for one and all

While the wealth of collective information coming from sources like InHerSight can benefit women seeking a positive place to move forward in their careers, the best news is there’s evidence that employers are paying attention as well.

Mead says, since she launched InHerSight in January 2015, she has received a steady flow of inquiries and interest from companies wanting to understand their metrics, as well as the types of benefits they can offer to recruit and support female employees. “We love to see companies trying to create solutions that really do benefit the women who work for them,” she adds.

Perhaps “solutions” is the right word. After all, as long as we’re still just offering “perks”—that is, looking at women’s workplace satisfaction as a set of fringe benefits—we won’t have made the kind of mainstream, center-field change we need to create better gender balance. Having more solid data of the same nature that InHerSight collects is paramount to providing solutions that don't just look good on paper, but in reality.

*Amazon announced on November 2, 2015 its plan to increase paid parental leave for its employees.

This article is part of TheToolbox.org's #WomenInFront series, powered by Humanise. Learn more about the initiative at WomenInFront.net, or join the conversation on social media: Twitter, Facebook and Instagram.
comments powered by Disqus