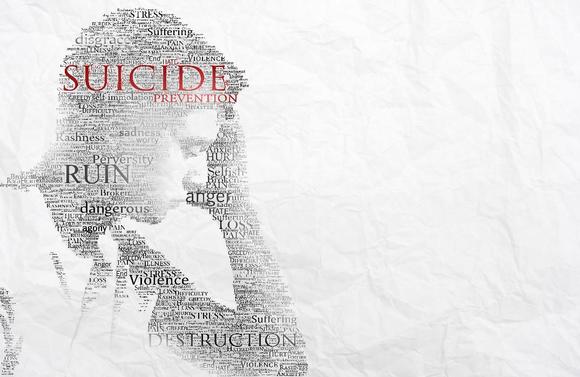 In the UK, there is a slow push back against the stigma once attached to depression. However, for men (especially those who have been taught to adhere to the "masculine trope"), dealing with these emotional stressors is still quite difficult. Often, the failure to address depression in men can have fatal consequences. In July of this year, the University of Manchester's Centre for Mental Health and Safety produced a report on suicide in the UK. It noted that taking ones own life ranks as the number one cause of death for men under the age of 45: a rate three times as high as the female suicide rate. So great is the problem that it is estimated an average of twelve men meet their end in this way every day, within Britain.

The current system in place to address this rising problem is inadequate.

Though the NHS provides treatment and support for those with depression in the form of Cognitive Behavioural Therapy (or, CBT), wait times for CBT can vary from region to region, where high demand for help often results in prohibitive waiting times. Once in treatment, the University study found there was a severe lack of support for families of men in need: only 22% of families were contacted by medical services after the patient missed their final appointment before committing suicide.

There are also associated issues. For some, comfort comes in the form of substance abuse, which can often compound the existing problem. According to the Manchester study, two of the major drivers of suicide in those with mental illnesses are alcohol (for which they are not seeking help), and economic setbacks, such as unemployment. Unemployment as a reason given for suicide has been on the rise since 2008, especially in male victims, as it unfortunately reinforces the image of men unable to marry society's masculine image of the provider with their current predicament.

Indeed. the rigid masculine “perfect”, to which a society encourages men to compare themselves, is often a psychological factor in suicide. The image of an almost invincible character, a provider, a leader to be admired; it all adds to a sense of control which many men, upon believing that they do not measure up to this mythical standard, resort to drastic measures to regain control. Alcohol, for example, is a way of gaining control through supposedly “masculine” means, in opposition to “feminine” methods, such as talking and sharing emotions, which is perceived as making you vulnerable.

Change is coming, but general awareness of the issue must increase. On International Men's Day, the House of Commons held a debate about the subject of male suicide rates in the second chamber, while CALM, the campaign against living miserably, launched a widely promoted and supported awareness campaign. The message is slowly being leaked through to males that help is available, and that rather than simply “man up”, there are avenues where they can, anonymously if desired, talk through what they are dealing with. By talking to someone about these issues, even if that person is a stranger, men can help to alleviate their depression.

The issue of suicide doesn't have to be this taboo. Men are not as alone as they may think.

This article is part of TheToolbox.org's "#WomenInFront: #MenBesideUs" series, powered by  Humanise, which focuses on male issues and contributions to promote better gender equality. Learn more about the initiative at WomenInFront.net, or join the conversation on social media: Twitter, Facebook and Instagram.

Author's Note: If you are feeling the symptoms of depression, here are some tools and links that can help:

-The Samaritans are on hand 24 hours a day by phone or email and feature advice on dealing with depression.

-CALM are available to the UK from 5pm to midnight and features a webchat service open to anyone at anytime. There are numerous CBT related phones apps on the market designed to complement, but not replace, clinical therapy. (5pm to midnight – 0800 58 58 58)

-Apps such as Pacifica or Moodkit are available to tackle a variety of issues that may also exacerbate depression, such as anxiety, using meditation and therapy.