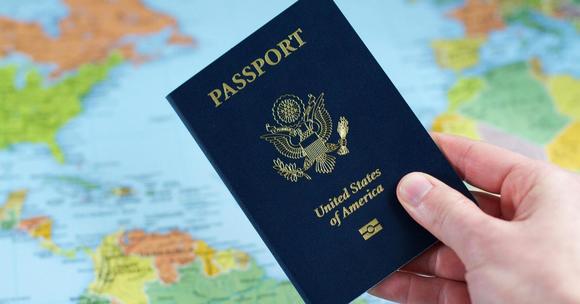 When Tracey Friley began the Passport Party Project in late 2011, less than 35% of Americans owned a passport. Though that number rose to 46% by 2014, a passport is still a luxury for the majority of Americans who live below or toe the line of poverty. The discrepancy especially effects minors, with new passports costing $80 + shipping fees for those 16 and under, while 44% of America's children hail from low-income families.

"We aren't born into this world on an even playing field." Says Tracey Friley. "Not in terms of gender... or socioeconomically."

The grassroots enterprise aims to empower underrepresented girls, ages 11-16, by connecting them to the world around them. They supply US Passports, covering all fees, and then take the girls on an educational journey to another country. In five short years, they've obtained passports for well over 100 girls, and their yearly trips see groups of 15 immersed in communities, cultures, and activism abroad.

The girls go through six weeks of global awareness training ahead of their trips, and get assigned a travel mentor who they can pose questions to, explore concerns and share their excitement with, and bounce ideas off of. The process builds a connective tissue, giving the girls strong guides to look up to and developing both their confidence and empathy when exploring a new way of life, so they arrive at their destinations open-minded and prepared, and return as emissaries for learning through travel.

"[I want girls to] go out into the world and see what they have to offer it, and what it has to offer them."

Indeed, the girls become the program's "teen travel ambassadors" by the end of the year, using their voices in person and on social media to effect and inspire other teens. Evidently, the elixir is working: last year, Passport Party received quadruple the number of applications it had in 2014. "There's a different kind of energy now." It's growing.

A vital part of the initiative is that it focuses on giving back. One of the pillars of the program is to "travel with heart": that means the girls don't travel anywhere without engaging with the local community as activists.

"In Belize we volunteered at an orphanage and played with the children. The girls had raised $100 each, and we presented a check." They've also bought books for libraries in Egypt, and are focused on expanding their community projects.

The trips are also immersive: they're technology-free zone, so that the kids spend less time on Instagram, and more time absorbing and appreciating their surroundings. Phones are collected as soon as the girls arrive at their destination, and neither phone calls nor emails are allowed. Families can keep updated via social media, which Tracey updates obsessively herself as the days go by, documenting the girl's activities to show parents they're well, and to inspire other girls online.

As for why the program focuses on women...

"I get told a lot 'you don't do boys'... well, there's Girls Inc., Girls Who Code... it's just a girl's empowerment initiative." She believes a core strength of the initiative is in positive female role models being direct mentors to teenaged girls, so that they can see themselves reflected in their mentors, and understand the possibilities available to them; a stigma boys suffer from less.

They learn, by journey's end, that they are more capable and creative than they might have imagined. They have memories that will stick with them for life, and a new network of nationwide peers.

"I know the value of travel. I know when you send someone on a trip without their parents... and that is different... the idea is that you get immersed."

Tracey will continue to expand and grow the project as it enters Phase 3, to give more girls this phenomenal and deserved opportunity.