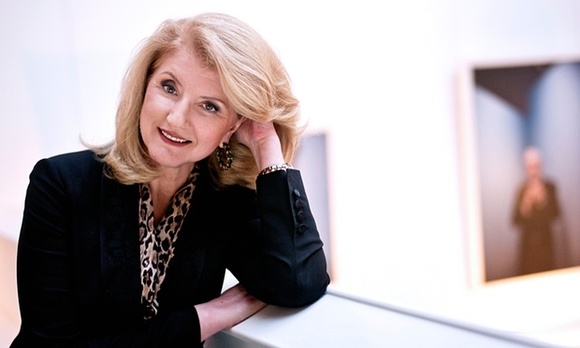 We're done with the snowy slopes of Davos 2016, but as far as the gender equality conversation goes, we're just getting started. Based on our coverage of the World Economic Forum and The Girls' Lounge, the biggest drivers of gender balance talk and action are the wage gap, the lack of women in the talent pipeline, maternity leave and paternity leave, unconscious bias, and the messy middle of management, which we'll be launching a blog series on next week.

Some highlights of the event were captured in a recent piece I wrote for The Guardian.

“I think every woman in this room has the same question. What’s the hold-up?” asks Bloomberg Television anchor Stephanie Ruhle, as she looks at two male C-level executives on either side of her.

The hold-up she’s referring to is the glacial speed of improvement in gender equality in the workplace. It’s the penultimate day of the World Economic Forum’s (WEF) annual meeting in Davos, where men outnumber women five to one. Ruhle is moderating an intimate session at The Girls’ Lounge, an informal space set up as a destination for women attendees, otherwise known as “the 18%”.

How does gender equality shift from an initiative to being part of corporate DNA?

According to the Women in the Workplace study by LeanIn.org and McKinsey & Company, if corporate America continues promoting women to executive positions at the current rate, it will take more than 100 years for gender parity to hit the higher levels of business.

In response to Ruhle’s question, Bob Carrigan, chief executive of Dun & Bradstreet, says: “It [gender equality] starts with making it something that pervades an organisation, not just some office that sits off to the side with a diversity leader who’s sending out happy emails about things. You have to make it part of what you do, part of the hiring process. It’s got to purposeful. It’s got to be measured.”

Ebay’s chief commercial officer, Daniel Tarman, says businesses need to get to the root of the unintentional prejudices men and women have.

“A lot of this is about breaking institutional inertia, and you have to take steps to do that,” he says. “Having organisations from top to bottom be sensitised to what unconscious bias is, and then implementing programmes that address it and neutralise it before decisions are made is key.”

Is 'gender' the wrong word?

During an earlier session at The Girls’ Lounge, a pertinent and often overlooked question arose. Should a word other than “gender” be used when discussing workplace equality? And if so, what word should replace it? The terms “talent equality” and “archetype equality” were tossed into the conversation. It was agreed across the board that a new vernacular needed to be cultivated to change the narrative.

“Gender equality is not a female issue,” says Shelley Zalis, chief executive and founder of The Girls’ Lounge. “It’s a social and economic issue, and a business imperative.”

Where do we go from there?

Zalis’ statement isn’t simply one of aspiration, it’s fact. Research shows that companies with more diverse workforces have better financial returns. In the same vein, companies with more women on their boards perform better. Numbers don’t lie, but they can definitely tell stories.

The executive team at Twitter is taking this into account. Before entering The Girls’ Lounge, Bain joined a large group of other male influencers at the UN’s HeforShe event, where 10 corporations, 10 university presidents and 10 world leaders gathered to promote gender equality. Committed to achieving gender parity by 2020, each of the 10 companies released data on the number of women at their companies, the gender ratio of new hires and how many women were in leadership positions. While the numbers are bleak, hope is still high.

Twitter has set a public goal across all categories for 2016. “We’re going to hold ourselves accountable to not just reaching those goals, but beating those goals,” says Bain.

Bring The Women Together At WEF

Bain says The Girls’ Lounge is different from other destinations at the conference. “We’re a partner with The Girls’ Lounge, and I think it’s an incredible part of WEF. You walk outside here and it’s cold weather. Davos has somewhat of a reputation for being cold from an attitude standpoint. But when you walk in here you’ve got an extremely warm and inviting atmosphere. It’s a really special place.”

Huffington agrees. “It’s great having The Girls’ Lounge and having a place for women in Davos, where there aren’t enough,” she says. “Here they can gather, talk and support one another other, and also find different ways to thrive in Davos, which includes saying no to more things.”

María Teresa Kumar, president of Voto Latino and an MSNBC host, says that overall, the gender balance conversation at WEF is impressive. “It’s my second year at Davos, and it’s the only conference that I come to that is looking at improving the world through the lens of females in anauthentic way,” she says.

We have a long way to go before we reach social equality, but there are some world leaders on the snow-capped mountains of Davos who are listening and finally starting to act.