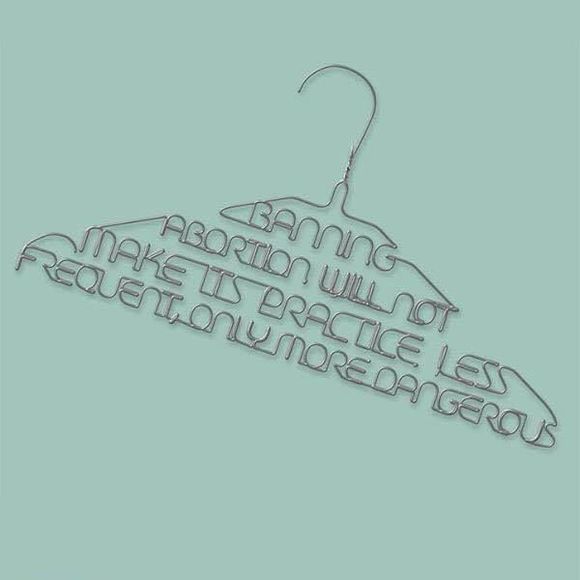 Worldwide, abortion laws are getting stricter. While there's a divisive debate between those who are pro- and anti-choice, there is less difference than we think. Being pro-choice does not mean you are pro-abortion: however, denying a woman's right to choose is dangerous, slippery slope.

Archaic Modern Laws: This Month In The World

A 19-year-old girl was arrested and sentenced in the UK last week, when flatmates reported her induced abortion to police. The safe, legal drugs she procured were purchased after consultation with an English clinic. Over 1,000 Northern Irish women travel to England or Scotland annually to receive abortions, under the UK's Abortion Act of 1967. Their own jurisdiction, despite being within the UK, is burdened by a 1861 law that carries a maximum life sentence in prison for abortions. The 19-year-old could not afford both the flight and the procedure, so she chose the latter.

In Warsaw last weekend, there were mass protests against Poland's proposal to all-out ban abortions. Polish leadership was called upon by Catholic bishops to impose religious rule, and majority leaders including the Prime Minister have thrown their backing into the plan. Poland has some of Europe's toughest abortion laws, and as a result, a high number of underground procedures. The ban, which may be backed by a majority conservative parliament, would not allow for abortions in cases of incest, rape, child pregnancy, the guaranteed death of the unborn child due to extreme illness or deformation. Even the health of the mother could not be considered a valid reason to willfully terminate. The conservative parliament also plans to end state funding of in-vitro fertilization (IVF), and to require a medical prescription for "morning after" contraceptive pills.

In the US, Indiana is currently being sued by Planned Parenthood over last Thursday's new law, which bans abortions performed for reasons of extreme genetic abnormalities, even in cases where the child won't survive. The new law also requires that all fetuses be cremated or buried, in order to hike up the price, to further punish women who endure them. Many feel the law is unconstitutional, and goes against the decision of the Supreme Court in Roe vs. Wade.

Problems with increasingly restrictive laws is the danger of all-out bans, even in extreme circumstances: rape, incest, at-risk health of mother, teen pregnancy, or the certain death and suffering of the fetus, once born. Common misconceptions about childbirth fuel the fire. Many who are anti-choice say that women who do not wish to be mothers can simply give birth, and then give up the child for adoption. This route is hardly "simple".

The average birth in the Untied States costs anywhere between $3,296-$37,22, according to the University of California, San Francisco. The health toll on mothers can include anemia, depression, excessive bleeding, gestational diabetes, kidney disorder, and possible complications with c-section. Only women aware and willing to take these risks should become mothers. Additionally, death tolls during pregnancy in the USA have more than doubled since 1987. Pregnant women find themselves incapable of doing their jobs, sometimes for weeks (depending on the job, and health of the pregnancy) before and after birth, which can destroy livelihoods-- average mothers need six weeks off, and that is without complications. Eight weeks are recommended for c-sections. Men, who are equally "at fault" for the unwanted pregnancies that women are being instructed to take responsibility for are not legally obligated to contribute in any way: not even to the financial burden. Meaning that women have the sole burden of pregnancies if men refuse to engage, and do not have a similar right of refusal.

Many anti-choice factions say that giving unwanted pregnancies up for adoption is a humane alternative. There are over 100 million orphans already, and every day more than 16,000 children under the age of 5 die, mostly from neglect. Average wait time to adopt in the US can be years, with 4-12 months being the average for even obtaining an adoption license, with additional income and vetting requirements imposed on adoptive parents. Put simply, the number of children up for adoption even within the US is not reasonably met with an equal number of willing families. Many anti-choice conservatives in the US are also against creation of a welfare state and social relief services: which is precisely what unwanted pregnancies create a need for.

A common arguement is that abortions create 'a free for all' for woman to have unprotected sex and get pregnant "without consequence". The average abortion is an emotionally devastating, costs between $300-$1,200, and takes 3-10 days of pain and vomiting to recover from. This is not a simple price to pay. Surgeries are invasive, there is societal stigma, and physical trauma. Already, doctors are instructed to lecture women into guilt and force them to wait days between the lecture and their final decision. Protestors line clinics, often violently.

Regardless of the law, women who need abortions will find a way. Women visit less skilled doctors, and in many cases, resort to "hanger abortions", or falling down stairs. In the past, thousands of abortions a year were performed illegally, which often led to major complications, including death. Anti-abortion law does not prevent abortion: it prevents safe abortion. It is not pro-life.

Hypocrisy: 'Accidental Murder' & The Rights of The Corpse

Frighteningly, under all-out abortion bans, miscarriage could become a criminal offense. If a fetus has rights (unborn, a fetus is a citizen of no country; so which rights apply is legally nightmarish, as laws are determined by place of birth and occasionally, gender), then mothers could be prosecuted for accidental  miscarriages, branded as "murder". If a woman miscarries through exercise, falling, rogue "NK" cells attacking the fetus, if she gets ill through neglect, continues a strenuous career, or has an improper diet, there may be precedence to call it manslaughter. Women could be held liable under the same stringent set of rules. Women who have accidents may be accused of doing so purposefully to abort, and jailed.

Hypocritically, in cases of organ donation, legislation worldwide favors the rights of the corpse over the rights of the living. If someone has died, but has not signed permission to donate their organs, healthy people on a waiting list for those organs will just have to keep waiting. We agree that the sanctity of a person's body, and their right to choose what to do with it is more important than who it might save. In these cases, we are unwilling to sacrifice the already-dead for those still alive. But in the case of living women, mothers who want to decide what to do with their bodies, who may not want to carry a child of rape or a child with a cognitive disease doomed to die anyway, and despite the great physical, mental, and monetary cost, we are telling them that they do not have that same right of choice. A dying father may legally choose not to donate bone marrow to a living son who desperately needs it, but banning abortion says that a woman does not have that same right to save her own body over that of someone not yet living. It is a stark paradox.