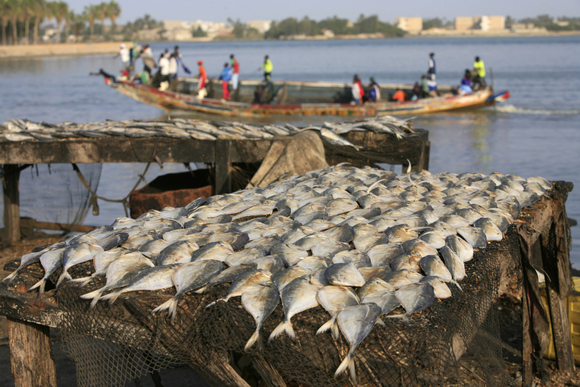 This story was originally published in TechCrunch.

Where there is wireless connectivity, there is a way to improve lives. That’s why countless mobile-for-development programs designed to address health, education and economic issues have been flooding Africa. Presently hailed as the “mobile continent,” Africa has generated $150 billion through the mobile ecosystem, and its mobile subscribers have surpassed half a billion. But not every tech-for-good initiative can be M-PESA, the juggernaut mobile money system of Kenya.

Most tech-driven social impact solutions in Africa are suffering from a bad case of pilotitus, the state of existing in perpetual pilot stage. At the same time, plenty of these programs operate from the top down — meaning they’re bursting at the seams with white-savior-complex undertones — or merely making shallow attempts at boosting a company’s corporate social responsibility (CSR). As a result, the deliverables end up being viewed as patronizing handouts to the people they’re aiming to serve, rather than taking shape as strategic partnerships for everyone involved.

It takes more than a village

This takes more than a few thousand CSR dollars and some extra mobile devices that happen to be lying around. This takes putting people and local insights at the forefront of all agendas.

Through partnerships between FHI 360, local communities in the West African country of Senegal, on-the-ground nonprofits and major tech corporations, it’s all happening. Funded and project managed by Qualcomm Wireless Reach, a mobile broadband solution called WISE is improving the livelihoods of entrepreneurs working in the city of M’bour in an industry thousands of years old: fishing.

I traveled with Qualcomm to M’bour, and observed firsthand how the partnerships operate among all the participants of the program, from the fisheries to the nonprofits to the corporates.

Why fishing is an area for mobile impact

Fishing is one of Senegal’s largest industries, and artisanal fishermen catch 90 percent of the nation’s fish. From there, they sell to small-scale fish processors who are predominantly women. But lack of access to market fish prices, limited access to financial services and health risks resulting from poor hygiene and little educational resources hinder the growth of these business owners.

The WISE initiative is addressing all of these issues by collaborating with 25 artisanal fishermen and 25 fish processors. And there’s no second-guessing that the Senegalese know exactly what they want and how to communicate. The fishermen and processors I met carry themselves proudly and speak sternly. They are not in the business of receiving handouts.

Transmitted through the 3G network of Tigo, the second-largest mobile service provider in Senegal, the WISE app delivers a fish market information system that helps fishermen and processors run more competitive businesses. For Tigo, WISE is a business strategy aiming to expand the telecom’s reach. The company provides discounted services and connectivity plans for the 50 participants.

In addition to market prices, WISE provides the local entrepreneurs with access to mobile money services through the microfinance organization Intermondes. This allows fishers and processors, who have little to zero credit, the opportunity to apply for loans that are transferable to a mobile money account.

Other app features include weather updates and a GPS that helps the fishermen know the best times and places to fish. The tool also features best-practice videos and educational videos about HIV/AIDS. This information is vital for fishers and processors, as the literacy rate among the Senegalese is still low. According to UNESCO, only 39 percent of women aged 15 years and over are literate, compared to 62 percent of men.

What mobility means for the people

Before participating in WISE, M’bour fisherman Adama Sall didn’t use mobile tools. Now he takes his phone with him every time he goes out to sea. He hopes the initiative continues to grow across Senegal.

“We have to expand this program so that our parent fisherman, the fish processing women, can acquire these telephones,” said Sall. “It’s something that will enable them to manage their work and their lives better.”

Fish processor Anta Diouf says the WISE app helps her know the best time to apply for bank loans and keep track of her revenue. Through the support of WISE, she’s been able to pay for her child’s health insurance.

“I have been doing this trade for 18 years,” said Diouf. “But this is the first time I’ve had something like this. Such a tool, a tool that helps me with my work. All I can say is that WISE is an omen for our trade.”

Fish processor Bineta Faye agrees. “The program modernizes the way we do things,” said Faye. “It takes us from here to lead us elsewhere.”

Even though I’m a dedicated humanitarian tech entrepreneur, I had my fair share of fears that I would end up feeling like Barbie Savior on this trip, or like I shouldn’t be there. But I didn’t.

Instead I heard and saw the ambition and pride of a small group of Senegalese people and their hope in what the future holds for them, thanks to mobile technology. And I was happy to witness how all the groups worked together cohesively. In a country where families live in huts, women carry water jugs on their heads and merchants dwell in the streets and hustle for pennies, seeing mobile phones in the hands of the fishers and processors was an eye-opening juxtaposition and a true sign of the times.

So far, the WISE program has been implemented in M’bour, Mballing and Joal.