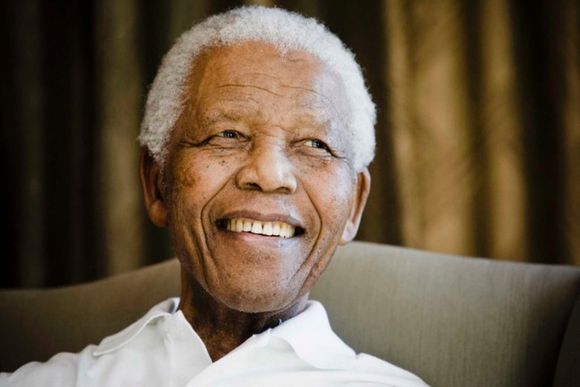 The world has lost one of its greatest freedom fighters to ever grace the planet.  South African anti-apartheid revolutionary, Nelson Mandela, died at the age of 95 at his home on Thursday, December 5. After leading his country to democracy and serving as South Africa's first black president from 1994 to 1995, he is widely celebrated for tackling racial oppression, poverty and inequality.

Mandela's rise to political leadership was the result of a kind of courage unfathomable in modern times. In 1964, he was convicted of conspiracy to sabotage the government and sentenced to life imprisonment. At his trial, he closed his statement from the dock saying, 'I have fought against white domination, and I have fought against black domination. I have cherished the ideal of a democratic and free society in which all persons live together in harmony and with equal opportunities. It is an ideal which I hope to live for and to achieve. But if needs be, it is an ideal for which I am prepared to die.'  He was released from prison in 1990. A lung infection that he developed while he was incarcerated ultimately led to his death.

An example of self-sacrifice and compassion, Mandela's legacy of peace and humanitarianism will be infinitely commemorated. Here is what influencers across the social web are saying about this iconic figure.