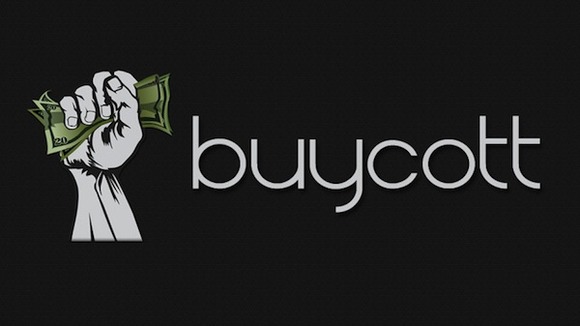 Every day we are faced with an array of options when it comes to buying and consuming products. While variety is the spice of life, it can be overwhelming and challenging to make educated decisions. We are especially inundated with choices to make regarding our food. With so much information at our fingertips, we are faced more than ever with questions rooted in the ethics of what we eat. Before you think about your next diet plan during and after the holidays this year, take a look at the tool, Buycott, which helps consumers make better political decisions by revealing a company's political affiliations. This helps to determine if the company conflicts with a cause you support. You can do all this with the scan of a barcode.

Buycott and its 500,000-1,000,000 users have created hundreds of digital mobilization campaigns around large scale and grassroots activist ventures ranging from GMO labeling, shark protection, improving farm animal welfare, putting a stop to fracking, getting the word out about dangerous factory fires in Bangladesh, and more.

This morning I purchased a box of Tropicana juice and then scanned the code. Buycott alerted me that I should avoid this company because its “Parent company donated $2,145,400 to No on Prop 37.” Previously, I had signed up for the Buycott campaign, Demand GMO Labeling. Talk about eye opening!

“This campaign is our most popular,” said Buycott creator, Ivan Perdo. “It’s a boycott of the 36 corporations that donated $150,000 or more to oppose GMO labeling in the state of California last year. You can join this, or any of the other hundreds of user-created campaigns in the app. Then, when you search for a product or scan a barcode, the app will trace the ownership structure of that product all the way to it's top corporate parent, and tell you whether it conflicts with any of your campaign commitments.”

According to a poll by ABC News, 93% of Americans say that the federal government should require these labels. If consumers from the European Union to Russia to Saudi Arabia have the basic right to know what’s in their food, don’t US and Canadian citizens, as well?

The Buycott app offers a way to combine activism with the technologies we have at our fingertips daily.

"We want to turn millions of people into part-time activists in the way that Instagram turned millions of people into part-time photographers," shared Perdo. “I believe one thing that made people interested in the Buycott app is that its tone is more forceful than earlier forms of online organizing. In my opinion, online petitioning doesn't address the sense of helplessness people feel when they have a grievance with a large institution. Companies know that people sign petitions without giving them much thought, thus they often respond indifferently, if at all.  We want to offer people not only the arena to voice their dissatisfaction, but also the tools to transform that dissatisfaction into meaningful direct action.”

Buycott is currently working on iOS and Android App improvements that will be released in the next two weeks, just in time for last minute holiday shopping.

Want to get involved? You can add your cause to a new campaign if it doesn’t exist in the Buycott app. All you need is a goal and a list of companies that support or undermine the cause.

Find Buycott and related apps on The Toolbox and comment with your user experience to continue this important social dialogue!