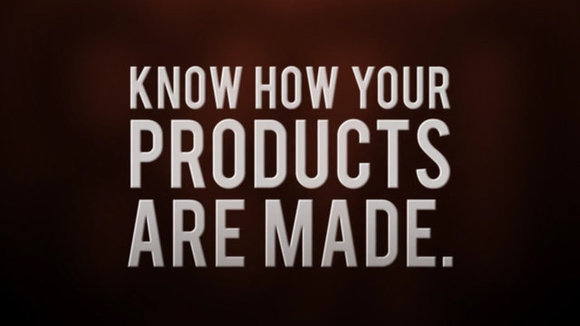 In honor of Human Rights Day, The Toolbox is showcasing two eye-opening tools focused on the realities of unfair labor practices behind everyday consumer products. Our last featured app, Buycott, helps steer consumers away from products affiliated to companies connected to the Bangladesh fire events, which put 18,000 jobs at risk. The average monthly salary of the garment factory workers among these positions is 38 dollars for a six-day work week. And, this isn’t a one-time deal. Nearly 800 underpaid workers have been injured in the past year due to unsafe conditions.

The Free2work app, which evaluates companies on their management of the risk of child and forced labor in their supply chains, has partnered with Buycott to slow the patronage of products made under unfit labor circumstances, and to rally support around the Accord on Fire and Building Safety campaign in Bangladesh.

Similarly, the Slavery Footprint app, created by Made in a Free World, features a personal survey containing facts of seldom discussed, yet current, human rights abuses, while pinpointing which brands are linked to modern-day slavery. Made in a Free World defines slavery as any situation in which someone is forced to work without pay and unable to walk away.

Slavery Footprint dives into personal detail from the get go. It starts when the page opens to an interactive animation of a closet where you can click on the number of jackets, pants, shirts, and shoes you own. It does the same thing with items on your dinner plate, in your medicine cabinet, and throughout the rest of your home. After you ballpark a number for each item, the app asks you to click on specifics (body wash, painkillers etc.) Once you estimate the numbers, a pop-up asks you to clarify which electronics you own, including hard drives, laptops, chargers and phones. The breakdowns help calculates the final score by showcasing the animated closet, which asks how many lipstick tubes to hard drives a user owns. My final ‘score’ totalled 27 slaves, meaning 27 people working as slaves have been affected by my everyday consumption, including my use of technology and cosmetics. That's appalling considering I don't even wear makeup.

To learn more about how you can participate in anti-slavery app-tivism, check out Free2Work and Slavery Footprint in The Toolbox.