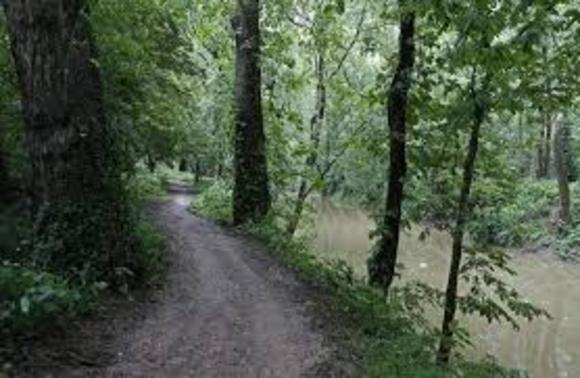 "You have to fulfill a real need of the user. It has to be simple, and it has to work across multiple platforms and operating systems. There has to be utility across all age groups. The best apps have something in them for everybody.” ~Patrick Bravo, Creator of To The Trails

The holidays and hiking season making quite a complimentary pair. After weeks of holiday parties and desserts, getting some exercise in the great outdoors is never a bad call. To inspire a preempted cardiovascular bug in people who normally feel like hermitting away the rest of this month, The Toolbox is spotlighting the new To The Trails app, currently in beta. A project of Code for America, which places developers, designers, and researchers within local governments, To The Trails is a web application that helps residents of Summit County Ohio find information on local hiking trails, regardless of jurisdiction or the device they use.

“The Knight Foundation approached Summit County about applying for Code for America, but In 2011 we couldn’t come up with anything sexy enough for the fellowship,” said Patrick. “In 2012, we came up with the idea for a trail mapping project. The interesting thing is it’s the first time Code for America has partnered with a county versus a city on a project. They worked with us through the iterative process. It was a great learning experience.”

Most of the trail mapping data Patrick and his team have is live in the app now. They plan to set up focus groups in January that will inform final development in February. Patrick says the potential for To the Trails is statewide. The National Park Service is currently doing a mapping project in Cincinnati. There is also a mobile app serving the Akron, OH area. The mobile app from Metro Parks, Serving Summit County. includes GPS-enabled directions, downloadable maps, restroom locations and more. Patrick’s thinking is that connecting the data of these different mapping projects with To The Trails is a win win for everyone.

“The potential is you can have a Google Maps for trails,” he said. “It’s a way to connect people. “Right now if you’re on Metros Park’s trails, and you’re on their application at the end of the trail, the tail doesn’t stop but the app does. Why not keep going? Metro Parks wants to collaborate and make their application and our application on one platform. There's a lot more to be done. To the Trails isn't the Cadillac yet. It’s the Chevy inching toward being the Buick.”

What's the best way to get users to take advantage of To The Trails?

“We’re lucky in that within the mapping marketplace there aren’t a lot of native or web-based applications designed for trails in our area,” he explained. “There’s an opening -- a gap. You have to fulfill a real need of the user. It has to be simple, and it has to work across multiple platforms and operating systems. There has to be utility across all age groups. The best apps have something in them for everybody.”

The To The Trails team plans to work with Code for America on further maintenance and development of the app and to add more communities in Summit County. Ultimately, Patrick wants to collaborate with counties and communities in surrounding areas and see how far people can go along the terrain.