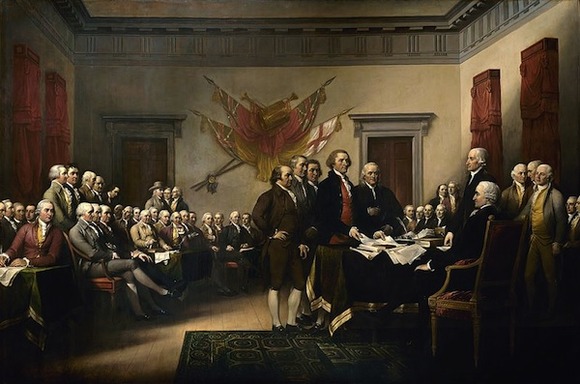 Though democratic governments are of the people, by the people, and for the people, it often seems that our only input is electing officials who pass laws on our behalf. After all, I don’t know many people who attend town hall meetings these days. But the evolution of technology has given citizens a new way to participate. Governments are using technology to include as many voices from their communities as possible in civic decisions and activities.

Raleigh North Carolina’s open government initiative is a great example of passive citizen engagement. By following an open source strategy, Open Raleigh has made city data available to the public. Citizens then use the data in a myriad of ways, from simply visualizing daily crime in their city, to creating an app that lets users navigate and interactively utilize the city’s greenway system.

Using MindMixer, Fort Smith Arkansas has created an online forum for residents to discuss the city’s comprehensive plan, effectively putting the community’s future in the hands of the community itself. Citizens are invited to share their own ideas, vote on ideas submitted by others, and engage with city officials that are “listening” to the conversation on the site.

Being a tech town, it’s no surprise that Seattle is using social media as a citizen engagement tool. The Seattle Police Department (SPD) uses a variety of social media tools to reach the public. In 2012, the department launched a first-of-its kind hyper-local twitter initiative. A police scanner for the twitter generation, Tweets by Beat provides twitter feeds of police dispatches in each of Seattle’s 51 police beats so that residents can find out what is happening right on their block.

In addition to Twitter and Facebook, SPD created a Tumblr to, in their own words, “show you your police department doing police-y things in your city.” In a nutshell, the department’s Tumblr serves as an extension of their other social media outlets.

We want to hear from you! What is your city doing to help foster citizen engagement?